Fertility is one of the most common problems that thousands of couples are facing after marriage. However, only the one who is dealing with this issue can understand its pain. Although it not hurts you physically but breaks you emotionally. A few years back, it was believed that only females had infertility issues. However, with time and technology, we got to know that even males can also be sterile. As per the reports of renowned infertility clinics, male partners also contribute equally to women when not having a baby.

Many people have a myth that the libido of males determines their fertility. However, it is not so. Infertility is an entirely different thing; it is caused due to an underlying medical condition. It could be low sperm count, poor ejaculation, poor quality of sperm cells, etc. Hence, it would be goofiness to correlate libido with fertility. Apart from this, there are many other misconceptions related to male fertility. We will put light on 7 key myths and the truth behind them.

So without wasting a second, let’s start!

Testosterone is a male sex hormone that is produced by testicles. Its major role is to develop men’s reproductive tissues. It is a common misconception that testosterone supplements can boost male fertility. But it actually increases infertility, as per the research of Dr. Thomas A. Molinaro (an endocrinologist at New Jersey). Testosterone substitutes undoubtedly elevate a male’s libido as well as energy; however, they affect or shut down the natural production of testosterone.

It has been observed that numerous males have opted to wear boxers instead of briefs, hoping that it will increase their fertility. But, unfortunately, this trick doesn’t work. It is a false belief that briefs create more heat in the testicular region and hinder healthy sperm development. According to recent studies, it has been found there is no significant difference between the heat generated by boxers and briefs. So, guys, you can choose briefs without any worries.

If you think being a male, the age factor does not affect your fertility; you are absolutely wrong. Indeed, aging reduces both male’s and female’s fertility. It’s a big myth in people’s minds that males can have healthy offspring throughout their life. After the age of 45, most of the men face difficulty in getting their partner pregnant. Aging alleviates the semen quantity, sperm quality and sperm count. Experts say there is a high risk of miscarriage when a man tries to become a father in old age. Due to these reasons, the sperm banks put the maximum age of donor 44 years. Hence, don’t delay more and try to complete your family before the age of 40.

Like infertile women, men suffering from sterility also have to take supplements. You require multivitamins, protein etc., to boost reproductive health. The nutrients substitutes make you more fertile and help to accomplish your dream of becoming a parent. The great IVF center in Mohali, Chandigarh, and other areas always start infertility treatment with supplementation.

Caffeine is as harmful to women as it is to men. So, limit the intake of coffee, tea, and other caffeinated beverages. Caffeine affects the sperm count as well as its quality.

Putting laptops and tablets for long hours on the lap also decreases the male’s ability to get their partner pregnant. So if you are also the one who does so, please avoid it right now. The reason is that it increases the temperature around testicles, which in turn affects sperm quality.

Whether it’s a male or female, extra fats are always harmful to fertility. This is because it directly affects the semen volume and makes you sterile. So pay attention to your fat intake and stop eating foods containing saturated and unsaturated fats.

Overall, healthy lifestyle changes and a good diet can improve your fertility as well as the probability of completing a family. 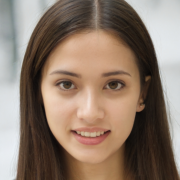