Luxury watch enthusiasts and collectors are well-versed with the name “Gerald Genta” and his iconic design works, inundating the art of watchmaking. This late Swiss watch designer is associated with many high-end watchmakers, including Omega, Patek Philippe, Cartier, and Audemars Piguet. And some of his designed iconic models that you are familiar with are the Cartier Pasha, Patek Philippe Nautilus, and Audemars Piguet Royal Oak.

However, did you know that he had also exhibited his classic artistry while designing a Rolex timepiece?

The heaviest gold Rolex watch made its debut in 1964. Rolex named the timepiece “Rolex King Midas” after Greek Mythology’s King Midas. It is said that he could turn anything he touched into precious gold.

The Rolex King Midas had a nontraditional silhouette featuring an asymmetrical case and a wide integrated bracelet. Interestingly, the watch was crafted from on block of 18ct white or yellow gold, weighing about 150 to 200grams.

The Rolex King Midas was also the costliest watch of its day. Rolex engraved the two words “King” and “Midas” on the watch’s case side to make the name memorable.

The Parthenon Temple Inspired Gerald Genta to Design the Watch

You will be fascinated to know that the Parthenon temple of Athena located in Greece was the inspiration behind King Midas’ watch design. When you place the timepiece on its side, and the winding crown faces up, you can see the triangular tip. Interestingly, this tip represents the Parthenon temple’s roof; whereas, the broad bracelet resembles the columns.

Gerald Genta used to take design clues from materials or objects. It was the signature approach of the late Swiss watch designer. For example, he designed the famous Royal Oak taking inspiration from a diver’s helmet. On the other hand, a ship’s porthole inspired him to create the iconic Nautilus.

Another factor that makes the Rolex King Midas unique is that the watchmaker produced it as a limited edition watch. And Rolex usually does not make limited-edition models. However, the watch comes with carved numbers on the bracelet’s back.

The first Rolex King Midas watch was the Reference 9630, available only in 1,000pieces. The next was Reference 3580, introduced in the 1970s also made in limited numbers.

Besides the atypical bracelet and case, the Rolex King Midas flaunts a classic and straightforward dial design. The small square-shaped dial has minutes and hour hands. However, other features include the name “MIDAS” spelled out in Greek letters and the brand’s signature crown.

However, the most significant feature is that a sapphire crystal protects the dial instead of an acrylic crystal. And it is surprising to see this element on watch belonging to that era.

The Rolex King Midas was the heaviest and most expensive watch of its time. However, it is not so famous today if you compare it with the iconic Rolex models like the Submariner, the Datejust, and the Daytona.

But some notable personalities owned the King Midas timepiece decades ago. Among all, the most famous owner was Elvis Presley – the King of Rock & Roll. In 1970, King Elvis performed six shows at the Houston Livestock Show and Rodeo and then received the watch (Number 343). Today, King Elvis Presley’s Rolex Midas is stored securely at Graceland, Tennessee.

The next noteworthy owner of Rolex Midas was the actor John Wayne. However, his watch was sold at the “The Personal Property of John Wayne” auction in 2011. On the other hand, the Duke’s watch fetched nearly £18,538 – it is more than three times its estimated sum.

Well, you are perhaps aware of the Omega Seamaster appearing in James Bond movies. But did you know that the Rolex Midas also appeared in a James Bond film?

In the 1974 Bond movie “The Man with the Golden Gun”, you can spot the Rolex King Midas watch on Francisco Scaramanga’s wrist. Christopher Lee played this villain role in the movie.

However, the significant fact to note is that this Rolex watch was not one of the original King Midas watches. In fact, the timepiece that appeared in the Bond movie was a model belonging to the Cellini series.

Undoubtedly, the Rolex King Midas is unexpectedly unique in design and look compared to other models within the brand’s catalog. However, this makes Rolex King Midas fascinating and attractive. A watch industry icon, Gerald Genta, designed this timepiece and owned by iconic entertainers. Considering these facts, the beautiful Rolex watch is worth your attention and acclaim. 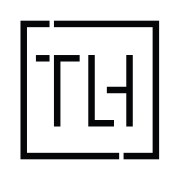 What Areas Of The Face Can Be Treated With Dermal Fillers? 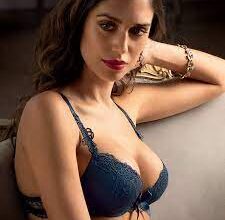 Unknown benefits of getting a Lifting des bras 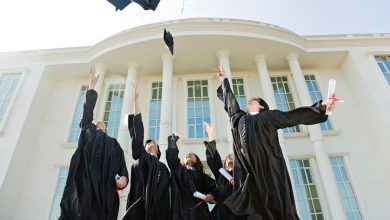 MBA IN BUSINESS MANAGEMENT FROM ABROAD