Paragliding is an adventure sport that satisfies the desires of all adventure lovers. It provides you with the amazing experience of gliding over the wide skies and enjoying the peace of a longer-distance journey that only birds are familiar with. Paragliding in Kerala is not something you’d expect or identify with Kerala.  Kerala is a lovely state in India’s southwest and is one of the world’s best and most prestigious tourist destinations. If you intend to travel the length and width of India. You will not be able to finish your journey without staying in Kerala. Kerala is called “God’s Own Country,” and once you visit the state, you will understand why. Kerala is a slice of heaven on Earth and you can explore it by just booking any of the Kerala family tour packages offered by Lock Your Trip.

Humans have imagined flying in the sky like birds since the dawn of time, and paragliding in Kerala has made this dream a reality. The nicest part about flying here is that you get to fly alongside expert pilots who will take care of your landing and take-off. All you have to do now is take a deep breath and look around at the scenery below. Tandem paragliding is the name given to this type of experience. Allow your excitement to rise and carefully select the finest area for paragliding in Kerala based on your preferences since each location has its own atmosphere and beauty. In this blog, we will mention a few places for paragliding in Kerala.

Munnar is a city situated on the Kannan Devan Hills within the Western Ghats mountainous regions in Kerala’s Idukki district, at 1600 metres above sea level. It is a peaceful small town in Kerala. It is a destination for adventurers who prefer to travel high and enjoy the beauty of the lush foliage down. As a result of favourable wind conditions and thermal hovering, paragliding has just been introduced here. Paragliding takes place from Chithirapuram’s start line, and following an amazing paragliding excursion, the landing is often near Munnar Engineering College.

How To Reach Munnar

How Much It Will Cost For Paragliding In Munnar

Paragliding in Munnar is less expensive than in many other parts of South India. Suppliers of adventure tourism, such as Trackfinder Adventures, provide the most competitive rates, that is around INR 3000 to 3500 per person.

Best Time For Paragliding In Munnar

The best time to go paragliding in Munnar is between October and February when the daytime temperature remains around 20 degrees Celsius. Rainfall is almost non-existent during these months, making paragliding in Munnar perfect. The second-best period is between March and May, during the summer season. During these months, daytime temperatures are generally below 30 degrees Celsius. Rainfall is rare during the summer season, therefore paragliding activities can continue till the end of May. From June through September, Munnar receives heavy rainfall, and paragliding is closed due to security concerns.

Varkala is a beautiful tropical beach city near Trivandrum and is a must-see. While paragliding generally requires a lot of flying in the mountains, paragliding in a beach city is a refreshing change of pace. This coastal paragliding destination starts at a helipad on the North Point, and while the pilot takes you on a bird-like adventure over the Arabian Sea’s beautiful waves, you’ll be glided back to the helipad or to the shore.

How To Reach Varkala

How Much It Will Cost For Paragliding In Varkala

For a 15 to 20-minute fly session, paragliding in Varkala costs around INR 3,500 per person.

Best Time For Paragliding In Varkala

The best time to fly in the sky of Varkala is from mid-December to the end of March. When the weather is perfect, with no rain, thermal hovering, and ideal wind conditions for paragliding. However, from October till the end of April, you can try paragliding if the wind conditions are suitable.

Vagamon is a high-altitude tourist destination in God’s own country, located on the boundary of Kerala’s Idukki and Kottayam districts. This charming small hill station is surrounded by lovely grasslands, tall pine forests, gorgeous waterfalls, and rich tea farms. Vagamon has always been a popular destination for hikers, and paragliding is a completely new adventure to add to this attractive location. The beautiful nature of this location is unique, and paragliding in Vagamon allows you to enjoy the amazing views. Paragliding in Vagamon gives you a bird’s eye view of the breathtaking valley down, high above the clouds and fog.

How To Reach Vagamon

How Much It Will Cost For Paragliding In Vagamon

Paragliding in Vagamon is less expensive than in many other parts of India. It costs around INR 3,500 per person. During promotional events such as the VAGA pageant. Which is funded by the Kerala Tourism Department, one also might enjoy free paragliding in Vagamon.

Best Time For Paragliding In Vagamon

The best time to go paragliding in Vagamon is between October to February. When the daytime temperature remains around 20 degrees Celsius and the evenings are cold. The chance of rainfall is limited during these months, therefore if you want to try paragliding in Vagamon, winter is a perfect time. The second best time is from March to May, when the weather is best. During these months, daytime temperatures stay around 30 degrees Celsius, while night temperatures drop to 23 degrees Celsius. Throughout this time of year, the sky of Vagamon is usually blue and clear.

Everything You Need to Know About Paragliding In Kerala 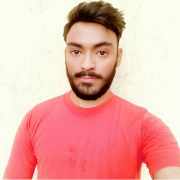 I'm Vipul kumar and I'm a Travel Blogger from Lock Your Trip. I'm helping my clients plan their trips. In addition to booking reservations, we assist customers in choosing their destination, transportation, and lodging for an easy and comfortable journey. 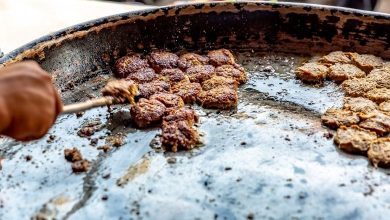 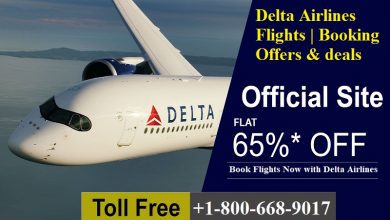 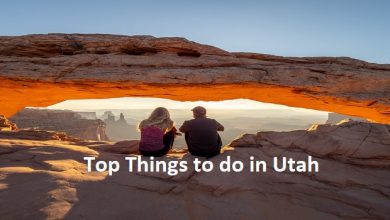 Top Things to do in Utah

Jupiter Summer Camps: Things to Do