The Hijr Ismail (Hateem) is a crescent-shaped region next to the Holy Ka’bah. Hijr (Hateem) is also recognized as Hijr-Ismail, which indicates “Stone for Ismail,” and refers to the location where Hazrat Ibrahim (A.S) built a shelter for his wife Hazrat Hajra and son Hazrat Ismail (A.S).

Hijr Ismail is a small divider that was originally part of the Ka’bah before Ibrahim (A.S) constructed it. It has been said that nearly 3 meters of the located close to the Hijr (Hateem) wall are deemed to be a portion of Ka’bah, so Tawaf must be done outside the Hijr’s ending area (Hateem). Afterward, Quraysh rebuilt the Ka’bah, giving it a cubical form and leaving Hijr (Hateem) outside. It’s a small, semi-circular-shaped wall beside Ka’bah.

Abdul Muttalib, the Prophet’s (S.A.W) grandfather. Liked being close to the Ka’bah and would occasionally request a rug placed for him in this area. When he was asleep there one night. A mysterious figure appeared to him in a dream and told him. Where he found the Zamzam well, which had been hidden since the Jurhum tribe’s period.

When the Prophet Hazrat Muhammad (P.B.U.H) was of 35 years, a catastrophic flood destroyed the Ka’bah, which had already been devastated by a previous explosion, and it was on the verge of collapse. When the Quraysh saw that their place of worship is now at risk, they agreed to restore the Ka’bah. The development began with each tribe being assigned separate tasks. The nobles amongst them brought stone fragments and stacked them together at one spot. Among all holding stones were the Prophet (S.A.W) and his uncle Abbas.

According to some historians, the graves of Hazrat Ismail (A.S) and his mother Hajra are buried under the Hijr Ismail. Others, therefore, have rejected the testimonies as Da’eef (weak).

It is stated in a Hadith narrated by Aisha, Ummul Mu’minin:

This significantly shows that praying in Hateem means you are praying inside the Holy Ka’bah and undoubtedly it holds great rewards or benefits.

In another Hadith, it is mentioned that:

That he heard Allah’s Messenger (ﷺ) saying, “When the people of Quraysh did not believe me (i.e. the story of my Night Journey), I stood up in Al-Hijr and Allah displayed Jerusalem in front of me, and I began describing it to them while I was looking at it.” (Sahih al-Bukhari 3886)

Hazrat Muhammad (S.A.W) wanted to include Hateem in the Ka’bah and had really cherished that place. It is stated in a Hadith regarding it that:

If your people, had not been recent converts to Islam, I would have spent the treasure of the Ka’ba in the way of Allah and would have constructed its door just on the level of the ground and would have encompassed in it the space of Hijr. (Sahih Muslim 1333d)

The above-mentioned history and Hadiths show that Hijr/ Hateem is a part of the Khana Ka’bah and if your pray there it would be considered as you are praying in the inside of Holy Ka’bah. Muslims due to its high significance really cherish this place and try their best to Pray for Namaz or Nawafil here whenever they get to perform Umrah. But not everyone gets this amazing chance that’s you must visit it when there is less crowd. Otherwise, in a massive crowd, there are very few chances of you to pray there.

So, choose a month when the lesser number of people perform Umrah and for this, January is the best month to embark on this pilgrimage. You can conveniently get January Umrah packages by several renowned travel agents at the lowest possible rates. Praying in Hateem holds great rewards and Allah (SWT) surely bless people worshipping there. It not only makes you feel closer to your lord but you will feel as you are directly talking to Him. So, avail January Umrah packages to make sure your entry in Hateem as it’s quite less crowded at this time. 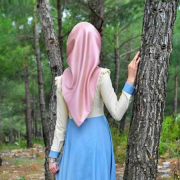 How to fix a payroll error 15243 in QuickBooks desktop?

Can I Get Genuine Ferrari 550 Barchetta Parts

Financial Education- An Asset for Future