Taylor Otwell  has created and released its initial version in 2011. Soon it became more popular in web devilment industry. A large part of its rapid growth can be attributed to the numerous developer-focused features that come standard.

Laravel is a PHP framework for creating custom web apps. It’s a web framework that carries many tasks that would be inconvenient to build yourself, such as routing, HTML templating, and authentication. MVC (Model View Controller) is used for design and pattern in Laravel.

Laravel is among the most dependable, free, and open-source PHP frameworks because it can handle complex web applications with security measures and at a faster rate than others. Laravel Development Services is a process that simplifies common tasks such as caching, routing, authentication, and so on.

You can also use Laravel’s innumerable features to customize your complex apps. Data migration is an example of customization. Viewing, caching, and other features of the template engine. It is thought to be the best choice for complex apps.  That is because it is easier to install and develop. When it comes to B2B or entrepreneurial websites, most web customers try to hire Laravel developers in order to keep up with trends.

Suppose you have an application that is more about blog style. That having multiple posts which only based on text. You can base them on word press which is obviously run by PHP. Laravel is also based on the PHP framework. It gives you free hand by not forcing you to use that feature which you don’t want use.

How to learn Laravel?

There are many Laravel development company which are existing in the market and provides a learning opportunity. But before learning Laravel, it is important to learn PHP. Basics of PHP contribute a lot more in learning Laravel. If you already have some know-how about PHP it will take lesser time to learn. Learning Laravel can take you much longer depending on how dedicated you are to your studies.

You might want to learn Laravel. It is Because you are or strive to be a PHP developer, and Laravel is a PHP framework. Laravel Frameworks are useful because they solve some of the most common ‘problems’ in our industry (database communication, caching, and most of the HTTP layer) for you.

Primarily Laravel is used to create complex and large web applications. There is no need to handle database operations separately. Laravel migrations and seeders are extremely useful tools for any type of web application. It also helps to work with dependable application developers who are not overly complicated. Furthermore, it is more secure than any other framework. Currently, data science is the most important, and it will undoubtedly prevent data or information theft. We can easily import/export large amounts of data in our application by using migrations and seeders. 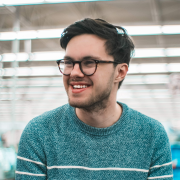 I live in Chicago and work in HAWTHORNE as a Software Developer/Architect. I’ve been a professional developer for more than 15 years. I’ve mostly worked professionally with Java, C, C++ and Python.

Discover UPDF – an All-in-one, Free Solution to Edit Your PDFs

What is the line that divides hacking and ethical hacking?

Extract Attachments from EML Files In Batch With a Few Clicks