All of us have seen at least a thousand types of rugs in our lives. Have you ever seen a rug and thought about who would have probably thought about coming up with this idea? Who thought that they could use fabric to keep themselves warm from the cold floor?

The first time I watched Aladdin, I was obsessed with that magic carpet, and I believe everyone was, and I wanted one. If your parents were anything like mine, they probably gave you a normal one and said it’s the same thing. I would see Rugs Stores near me and would think maybe they have a magic carpet; they didn’t. But that led to my curiosity to know more about carpets. That gave rise to studying and knowing about rugs and maybe discovering the magic carpet’s hidden secrets. Sadly, I haven’t found that yet.

History of Rugs and Carpets

For years humans have made rugs and carpets from various materials. Many archaeologists have found evidence of rugs dating over 4000 years ago in Chinese and Mesopotamian civilizations.

Pazyryk is known to be the oldest rug that is still surviving. It was found in 1949 in Siberia. This carpet dates back to 500 BC. Even though it was that old, the use of advanced and intricate techniques and design was seen. It was also made of vibrant colors.

Initially, rugs were only used to keep the floor warm and seeing their use, and they mostly had simple designs. Just because it has a simple use doesn’t mean it has also to look simple. This is where Persians come into the picture; they made them fancy. They started using precious metals like cold and silver in their weaving. From here, the art of carpet and rug making came to different parts of the world, and all added their designs and techniques into weaving the rug.

The Start of Rug Industries

The first industrial development in rug making was the invention of a device with punch cards, and using these six types of yarns could be placed on textiles. This was initially invented to be used in handloom industries and later in 1825 was adopted to make rugs, and by 1839, power looms were designed that almost doubled rug production. At this point, carpets were almost a luxury.

In 1791, the first carpet factory was built in Philadelphia. But the production of rugs saw a setback at the beginning of the 20th century. This was caused because of the production of tufted rugs. They used cheap and more available cotton and then further switched to synthetic fabrics. These were cheap and affordable. This made the use of hand-woven carpets rare, and now most of the rug industry is dominated by machine-made rugs.

Now maybe when you Google ‘Rugs stores near me’ or see a rug or a rug store, you will have a brief idea about how the making of carpets originated and how it is made now

Tags
Rugs Stores near me 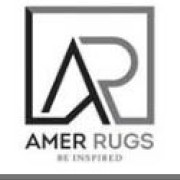 Why you need to invest in heavy material handling equipment?

Marketing Your Fashion Label: What You Need to Know