People have been eager to cook with fire since early humans discovered how to make it. Cooking modes have become better and more efficient over time, as well as more portable and compact. These days, one of the leading and most benefit-rich cooking methods is called “induction.”

Are you planning a kitchen remodel and want to change out your cooktop or range? If you’ve only ever cooked on an electric or gas stove, you might be interested in learning about a different type of cooking surface, one that doesn’t produce heat, is extremely durable, and is more cost-efficient than the traditional gas and electric stovetops you’re used to.

There is an electromagnetic action between the burner and the pot or pan when using induction. If there is no utensil or pan on the burner, simply turning it on will not produce any heat. The key to successfully using an induction stove or range is to use a specific type of pot. To generate the electromagnetic reaction that will cook the food, you must use a magnetic pot or pan. In most cases, this will imply the use of cast iron or magnetic stainless steel. Holding a refrigerator magnet up to your pots and pans is a simple test. If it sticks, your pan should be suitable for use on an induction cooking surface.

The infinite advantages and ease of use

Because only the utensil gets hot and the rest of the cooktop stays cool during induction cooking, induction range models are a great safety feature, especially for families with small children. However, it is important to note that heat from the pot does transfer from the surface below and around the pot. This means that if you use multiple induction elements at the same time, many parts of the surface will become hot.

Induction cooking consumes less energy than traditional stovetop cooking because it is faster. It produces almost no residual heat (any heat will be in the pot or pan and not coming from the stovetop itself). This results in low energy consumption and lower energy bills.

With its quick heating capabilities and precision control, induction cooking takes some practice to master. It may take some trial and error to figure out exactly how to control the heat levels, so be patient and willing to try some new cooking methods. Many common practices, such as chopping vegetables while waiting for the oil to heat in a pan on a gas or electric stove, will not work.

Cleaning up after the use of the best induction range is simple unless there is a major spill. The glass cooktop only needs a wipe down, and because the stove stays relatively cool throughout, food rarely sticks to it.

Although the induction cooking method is already popular in other countries, it was a difficult sale in the United States until recently. However, falling prices and increased consumer awareness are assisting ranges and cooktops equipped. As you might expect, heating cookware directly rather than indirectly is far more efficient. Induction can deliver roughly 80% to 90% of its electromagnetic energy to the food in the pan. When compared to gas, which only converts about 38% of its energy, and electric, which only converts about 70%. 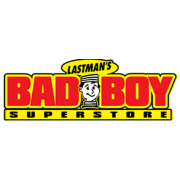 What Is Icynene Spray Foam Insulation?

Can the Small Online Business Compete on Line?