Cross-platform app development comes with a range of benefits. Whether it’s the features or the cost of production, nothing can beat React Native app development.

Even though React Native application development is taking the market by storm, the concept is still not clear to many. That is why, in this blog, we will discuss Beginners Guide for React Native App Development.

React Native: An Introduction to What it is

A Brainchild of Facebook, React Native is an open-source framework. It contains a declarative programming paradigm that is known for developing apps using Javascript.

The framework is moreover a combination of the best of Native development along with the JavaScript Library. And, this is what the developers use for building the interface.

As a result, the outcome is always best in class. That is why most companies choose React Native these days. It enables them the opportunity to write and maintain two separate code bases without putting twice the effort.

Accordingly, this framework is not something that can be explained so easily. So, let us tell you about who is using React Native in the next section.

The Big Names who are into React Native App Development

React Native is quite a young framework compared to others. The journey of React Native began in 2015. And, it was Facebook that announced the launch.

The two famous minds behind the venture were Daniel Witte and Philipp von Weitershausen, engineers of Facebook. It first came for iOS devices and shortly after for Android. And, the current market says that the project was a massive success.

After several updates and bug fixes, it is now the most successful project in the history of mobile app development. And, many other big names eventually embraced React Native app development soon after. The primary ones are –

These are only a few of them. There are thousands of other names that are into React Native. The convenience, low maintenance cost, and vast database are the primary reasons. However, that is not all. Go through the next section for details.

The vast popularity of React Native is not for convenience only. Professional developers prefer this framework for several other reasons. Here, you will find the pros as well as the limitations. So, let us help you decode why React Native is worth it.

Usually, the codes for iOS are somewhat different from the codes for Android. Thus, developers need to write it twice if they wish to launch the app on both platforms.

However, in the case of React Native, the codes are the same. Since it uses JavaScript, which is a suitable programming language for both iOS and Android, the codes are reusable.

Hence, it can save a lot of time and resources. The reusability of the codes further makes the process much more efficient. And since there is no need to create two separate sets of codes, the app development procedure becomes quick and efficient.

Also, it eliminates the need for paying the developer for two sets of codes. So it cuts down the overall cost of production by a significant amount.

In fact, React Native enables the opportunity to utilize the codes of a web application too if it uses React.

Hot and live reloading functions make an app development framework efficient. And, that is the core of React Native. Therefore, you can understand that it makes the code changes much more agile and convenient.

When developers can change the codes in real-time, it can make an app best in class. This enables the opportunity to fix existing issues or bugs without any need for preventing people from using the server. The automatic reloads feature eases the development procedure and makes it undemanding.

This way you can cut down on the maintenance cost. Also, your users won’t have to update the app to enjoy the modified version.

3. As Easy as Native

The components of react native and native are so similar. So, one can create an app that has the feel of a Native framework in terms of the interface using React Native. In fact, the development will be a lot swifter.

And, with the proper knowledge, you can integrate the existing codes of a Native app to React Native. Therefore, you can add React Native extensions to an existing app that has been developed with Native.

The thing about programs that are still evolving is you never know which amazing feature you’ll get next. And, to meet the rising demands, the solution that Reacts Native offers is third-party plugins.

Usually, one can choose from either plugin that is JavaScript-based or the ones with native modules. This makes it easy for companies to offer different features without going the extra mile. Let’s say someone wants to incorporate a voice search feature or Google maps, they can integrate these into their app.

Due to its popularity in the mobile app industry, React Native app development has the largest community. And, this makes it easier for the developers to get help when required. Whether it helps with some coding dilemma or issue with libraries, it’s always easier to get relevant information from the community.

Especially with the Reactiflux Chat, asking for help and finding a suitable answer is just a matter of posting one query. And, there is further plenty of tutorials that are sufficient for guiding a new developer.

No technology is entirely flawless. And neither is React Native app development. The framework, despite having a plethora of benefits, has a few shortcomings. And, these can be a headache at times. These are –

So, When you Should Choose React Native App Development

Depending on the pros and cons of an app development framework, there are some ideal scenarios of application. So, if you are wondering when you should go for React Native app development and you shouldn’t, then here’s the simple answer –

Go for it when:

Don’t go for it when:

React Native is popular due to fewer bugs, lower maintenance costs, and fast development. But the biggest competitor of it is Flutter. And, Flutter is leaving no stones unturned to impress the developers. Therefore, how React Native evolves will determine whether it will maintain its popularity or not. 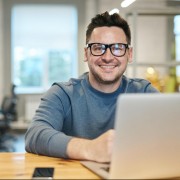 The Ins and Outs of Localization Process